USBtinyISP is designed for AVR,based on USB connector's ISP downloader. The for Arduino ISP can also be used to burn the for Arduino bootloader, so you can recover your chip if you accidentally corru.

Had to reinstall Windows 10 and Atmel Studio 7.Now both my programmers AVRISP mkII and JTAGICE mkII don't show in Atmel Studio.They just appear in Device Manager with an exclamation mark and the following error message:'Windows cannot verify the digital signature for the drivers required for this device. A recent hardware or software change might have installed a file that is signed incorrectly or damaged, or that might be malicious software from an unknown source. (Code 52)'Anyone know how to fix this problem? I ran into a similar issue for my JTAGICE mkII. One workaround that I came across is the following:ATMEL JTAGICEmkII - Windows 10 Driver setup Workaround:Use Zadig from or libusb-win32 from to change the driver to libusb0.Then the tool should appear in Atmel Studio as normal.At this point you have installed ATMEL Studio and your USB Controller Driver appears in the Windows Devices list.(If there is a Driver conflict as shown below, reinstall the driver to correct this.

Right click on the driver and select 'Uninstall' then reboot.)Once the Driver is correctly installed, perform the steps shown below. Open the Zadig program you just downloaded. Select OPTIONS List All Devices. Then Select your Controller as shown. Select libusb-win32 as the driver to be converted. Then simply select the “INSTALL DRIVER” Button. All Done!

The USB controller will now be visible in AVR Studio 7.Hopefully this will work for you.Cheers!-Gerry.

Hello all, since I've been helped by so many knowledgeable and generous people here, I wanted to give back a little on what I've learned. After two days of searching literally hundreds of forums, blogs and spec sheets, I was finally able to get my Atmel AVRISP MKii to work with the Arduino IDE and upload sketches to my breadboarded Mega 328P IC. I found many threads with tips on doing this and that, but none had all the missing pieces nor helped walk a newcomer through all the little adjustments that had to be made in order to make this happen (at least for a newbie like myself).So here goes; For this particular tutorial, I'm using a breadboarded Mega328P with the Atmel AVRISP MKii with Arduino IDE 0023 on a Windows 7 machine. If anyone spots an error, please let me know.1. DO NOT install the Atmel AVR Studio software suite.

It installs the 'Jungo USB' driver which is not compatible with AVRdude (which the Arduino IDE uses). You can either use one of the other, not both at the same time.If by chance you had already installed AVR Studio and the Jungo Drivers, don't worry, I'll show you how to replace it further down.2. Download the LibUSB-Win32 driver and extract it somewhere temporary. It can be found at www.libusb.org, however, for some reason my machine did not like this version, so I found another version that appeared to be tailored specifically for the AVRISP MKii here: Now if you haven't installed the Jungo USB drivers, then you can simply plug in your AVRISP MKii, but when it asks whether you wish to install the drivers for it automatically or manually, choose MANUAL. 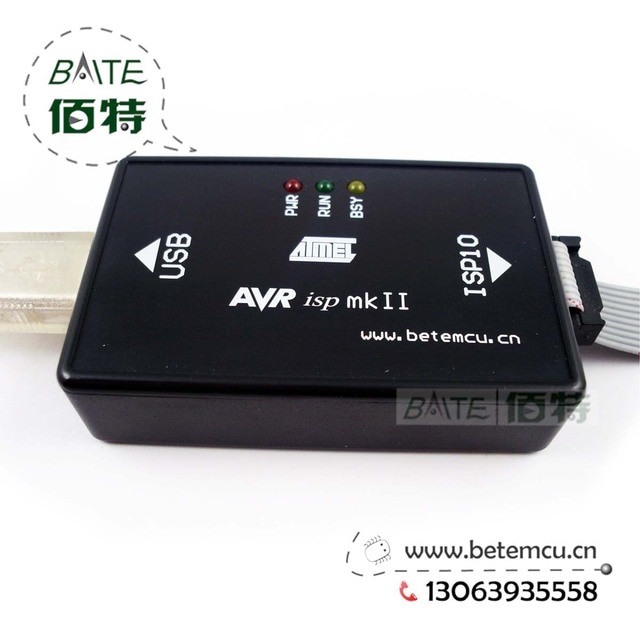 If your did like mine and went ahead automatically and installed the stinkin Jungo USB drivers anyway, then you'll need to do the follow:How to replace the Jungo USB drivers:A. Go into your Device Manager and expand the tree under 'Jungo'. If you see 'AVRISP mkII' there, then you'll need to replace that driver with the LibUSB-Win32 driver. Right-Click and select 'Update Driver Software' and then choose 'Browse my computer for driver software'. Then simply navigate to where you extracted your LibUSB-Win32 drivers and let it do it's thing. If it refuses to replace it or says that Windows deems the current driver the latest, then you'll need to find a better/newer copy of the LibUSB driver.

You can also try uninstalling the Jungo driver first, but my smartass PC kept reinstalling it automatically everytime I plugged the AVRISP MKii back in-regardless of me manually clicking cancel!4. If the LibUSB-Win32 driver installed correctly, the AVRISP MKii should now appear under 'LibUSB-Win32 Devices' instead of the Jungo tree.

This is important to make sure of because the Arduino IDE will NOT work with it as long as it appears under Jungo.5. Now, to get the Mega328p to work with IDE 0023, you'll need to edit the /hardware/boards.txt Boards and you'll see a new entry for 'AVRSIP MKII w/ ATMega328' choose this one if you're that's the chip you're using like I am.

After that, I'd suggest you try out a simple sketch like the Blink LED in the examples folder and make sure it all works.Some closing tips. If you're hooking up the MKii to your breadboard, be sure you have the cable's pinouts correctly. I found so much confusing and contradictory pinout information for the AVRISP MKii on the web it was rediculous. It all comes down to locating PIN 1 - which is always located on the side of the ribbon with the stripe. Now since two pinholes line up with the ribbon stripe, look carefully for a triangle symbol. The triangle will point you to PIN 1, and thereafter you can make out the orientation of all the other pins.I really hope this helps out other people and saves you all the headaches I had to go through to get this thing working. I swear at one point I was ready to hang the MKii on a post outside and put a bullet through it!

In fact, the AVRISP mkII will not detect the target until it (the target) is powered. Also (I can't find the quote right now), I read somewhere in the user manual that the programmer senses the target voltage and adjusts its self by level shifting to the correct voltage. I do know when you enter the programming dialog it displays the current target voltage.Hope this info helps.BTW I was here a few days ago and found a thread on how to get the Arduino core to work under Atmel Studio 6. I followed the instructions and it worked! For me anyway.

But after messing around a bit, I'm having some minor troubles. So, I need to find that thread (that's what I was doing when I came upon this thread) and follow the steps again.

It's really cool having all those libraries playing nicely with a full featured IDE with debugging capabilities.So, I'm off to search.DigitalJohnson. Hi all - The AVRISP MKii is a great device that comes with no directions; I'm trying to use it with Arduino IDE to program an ATTINY85. Velocity101's post is the closest on the web to do this, but I need more instruction particularly in step 5.I tried the AVR fuse bit calculator but had not luck. I am using the ATTINY85V-10SU, the summary data sheet is here:I have measured my board supply voltage at 5VDC being supplied to the Vcc pin of the chip. Note this microprocessor runs at 10MHz (not 8MHz as listed in the above fuse bit calculator).I sure other users would like to use the AVRISP MKii to couple to other ATEML chips, as well. Please provide more instruction on how to get over this fuse bit hurdle. I really really hate to grave dig, but none of this worked for me. 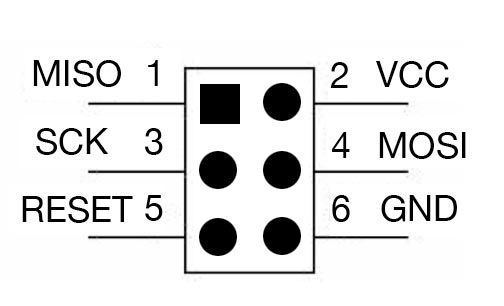 If you need to replace the Jungo driver and windows still won't let you although you've uninstalled all of Atmel Studio (like me). It's easy to get it working. Don't fight Jungo, trick it.1. Navigate to your Windows Directory2. Go to 'System32'3. Go to 'drivers'4.